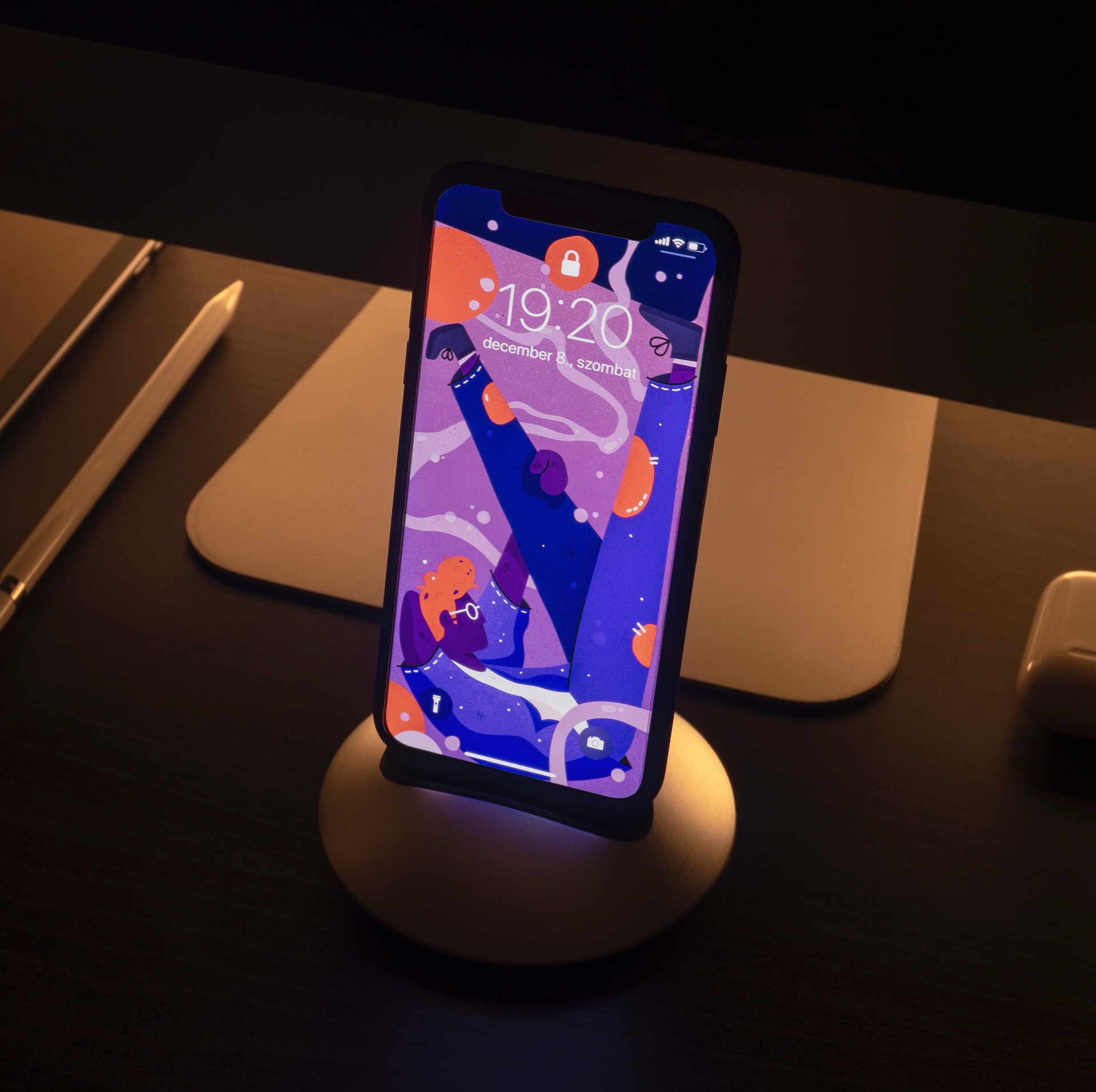 Robin Bylenga, 52, the founder and owner of Pedal Chic in Greenville, S.C., is the epitome of a smart, successful female entrepreneur. Before opening her women’s cycling and athletic boutique in 2010, she worked for a bike shop to understand prospective customers. She invested $500 for a tiny inventory of women’s biking apparel that she spun into $1,500 in sales at an area bike race. Bylenga also asked the Clemson Regional Small Business Development Center for advice, connected with a retired retail exec through the U.S. Small Business Administration’s SCORE program and tapped her own network to find mentors.

“I’ve had to push through at every stage, and there have been setbacks, but the demand is there and growing,” says Bylenga, whose shop is profitable today.

In many ways, Bylenga was fortunate to have such great resources in her backyard and sources of capital (a $40,000 loan through Michelin Development and $10,000 of her own money) to help launch and support the business.

Sadly, many women eager to launch businesses — especially those in their 50s and 60s — don’t.

Finding mentors and advisers are major stumbling blocks for many women starting businesses in America. But scaring up capital remains one of their biggest obstacles.

Like it or not, men are more likely to invest in companies pitched by men than women. “It’s called homophily, “ according to a recent Forbes post by Geri Stengel, who covers women entrepreneurs.

The current startup ecosystem continues to cycle resources among a very small percentage of well-connected entrepreneurs.

Addressing all of these issues is where Alice comes in.

Imagine a Siri for female start-up creators and you get the idea. A new virtual adviser, Alice is a platform that uses artificial intelligence(AI) to let female entrepreneurs connect with other business owners, government resources, potential funders and mentors.

Alice provides assistance from some of the top entrepreneurship sources in the country, including The Case Foundation, The Kauffman Foundation and the U.S. Small Business Administration. Her promise: to “connect founders with the resources the need to scale.”

Women looking to build businesses are expected to be able to find answers to questions about financing, strategy, marketing and legal needs by asking Alice, the creation of three-time entrepreneur Carolyn Rodz, founder and CEO of Circular Board, a virtual collaborative accelerator for women entrepreneurs. (An accelerator is a structured operation that assists entrepreneurs for a short time with capital and advice in exchange for a small ownership stake in their companies.)

Alice was developed by Dell and the software development firm Pivotal and made her debut at the Dell EMC World 2017 Conference in Las Vegas on May 9. “Alice is a female founder’s best mentor, guide and consultant,” said Rodz. She made a convincing case for Alice this way: “The current startup ecosystem continues to cycle resources among a very small percentage of well-connected entrepreneurs.”

Here’s how AI Alice works: For starters, it’s free (for now) and it’s not technically restricted to women, although Alice is coded with women in mind. You enter in your profile based on your industry, start-up stage, revenue and location.

Alice then curates your needs based on what you’re looking for — say a tech solution or an attorney — and the answers are different for every user. The goal is to connect entrepreneurs with resources they can’t find in their location or that aren’t on their radar.

Why the name Alice? When its creative team was knocking around ideas for names, “the idea of Alice in Wonderland came up,” Rodz told Vanity Fair.

The thinking was: Alice’s adventures are similar to the ride entrepreneurs take to succeed. Said Rodz: “The Queen’s comment to Alice captures what entrepreneurship is all about: ‘Why sometimes I’ve believed as many as six impossible things before breakfast.’”

Alice’s timing is especially excellent since entrepreneurship among women is on the rise. In 2016, there were an estimated 11.3 million women-owned businesses in the United States — a 45 per cent increase since 2007, according to The 2016 State of Women-Owned Businesses Report from American Express. And the trend shows no signs of letting up.

Can Alice be a game-changer?

“I am very hopeful that Alice will help women entrepreneurs receive the guidance and help they need to make their business a success a grow,” said Kimberly A. Eddleston, a professor of entrepreneurship and innovation at Northeastern University and a senior editor on the EIX Editorial Board of the Schulze School of Entrepreneurship at the University of St. Thomas in Minneapolis.

“Women are often reluctant to seek help from entrepreneurship centres — they often see them as geared more towards male-type businesses and high growth ventures — so Alice should help break down barriers that keep women entrepreneurs from seeking advice,” Eddleston told me.

“Additionally, since it is not as easy for women entrepreneurs to find mentors and gain access to key networks, Alice may help them to identify useful events to attend and also offer them a ‘virtual mentor’ to aid them with their entrepreneurial journey.”

Other Resources for Female Entrepreneurs

Alice is the latest offering in the arena of helping women entrepreneurs gain traction, which includes accelerators like Circular Board and Springboard, a network of experts, advisers, coaches, investors and other sources devoted to building tech-oriented companies led by women.

Another accelerator is the Women Innovating Now (WIN) Lab created by Babson College’s Center for Women’s Entrepreneurial Leadership, a program in Boston and Miami for early-stage, female-founded companies. Each group consists of around 20 diverse female founders and experts provide advice on everything from legal advice to negotiation to operations.

There are also a growing number of services and support groups for female entrepreneurs. They range from female angel-investor groups to crowdsourcing platforms like iFundWomen to co-working spaces encouraging collaboration between female entrepreneurs and women-focused networking events (like the Women in Technology Summit) as well as online meetings and groups created for women in business, such as Ellevate Network, a global professional women’s network.

Finally, I’d like to leave you with these parting thoughts from a video interview at Dell EMC World 2017 with Rodz and Elizabeth Gore, Dell’s entrepreneur-in-residence.

When asked her advice for a woman struggling to start a business, Rodz replied: “Build the right team. Look beyond just your employees as your team, but who is the circle you are enlisting behind your business to make it happen.”

Gore added: “Put purpose into profit. Really understand why did you start in the first place, what is the purpose that your company is going after? On those hard days, put that back into your focus.”

Smart advice, I think. I wonder what Alice would say. 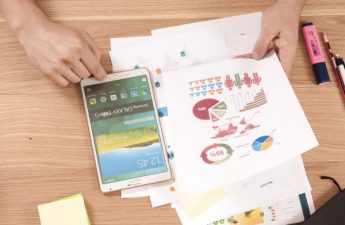 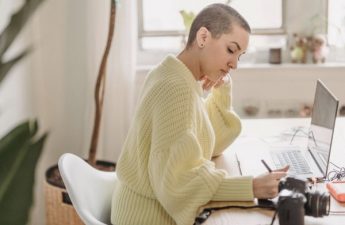 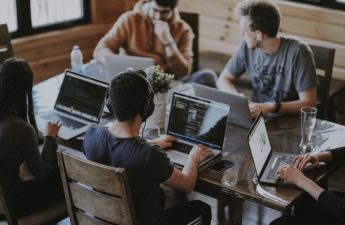 Angel represents the Silvernest blog, a publication that writes articles focusing on the benefits of home sharing, uncovering its many financial, social, and health advantages.
View all posts by Angel Velasquez → 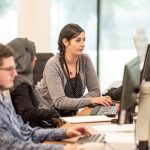 How Can a PR Company Help Your Software Business? 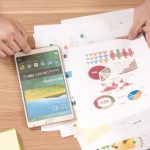 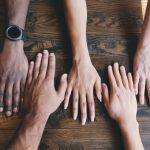 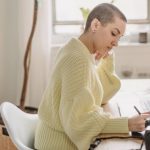 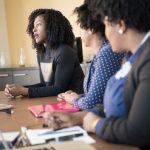